A while back I wanted to learn a bit about GLSL and how to write shaders. I already had some experience with Three.JS and using its WebGL renderer and I knew that it allowed custom shaders to be utilized through its ShaderMaterial object. I read up a bit on GLSL shaders and how, they worked. One tutorial I followed to write my first basic shader was An Introduction to Shaders written by Paul Lewis.

After I was able to recreate the shaders in the tutorial and apply them to a mesh in a Three.JS scene, I wanted to do something a little more involved. I wondered about applying lighting per pixel using GLSL shaders. I decided I could try to make a 3D demo of the Moon and use lighting shaders to simulate the Moon changing phases. I wanted my demo to be as photorealistic as possible.

In order to create a photorealistic demo I set out to find the highest quality public domain maps of the Moon available. I found out that there is good data published through the Map a Planet initiative and available on the USGS PDS site. The best data we have for our Moon was actually gathered by the Clementine spacecraft. It is possible to process a greyscale image of the entire surface of our Moon using this data, and as far as I know the best maps of the lunar surface we have today were derived from this data. I was delighted to know that all this great data available from USGS is public domain.

The best map I could find was processed by Jens Meyer and apparently also darkened up by Steve Albers. It and other high quality maps can be found on Steve Albers homepage and available free for personal non-commercial use. I say this map is the best in the sense that it has the highest resolution and detail compared to other maps I could find.

The original resolution of the map found on Steve Albers' homepage is 8192x4096. I am using a version scaled down in both width and height by 50% giving a texture at resolution 4096x2048. I find this size suitable for my demo.

My scaled down version is shown here: 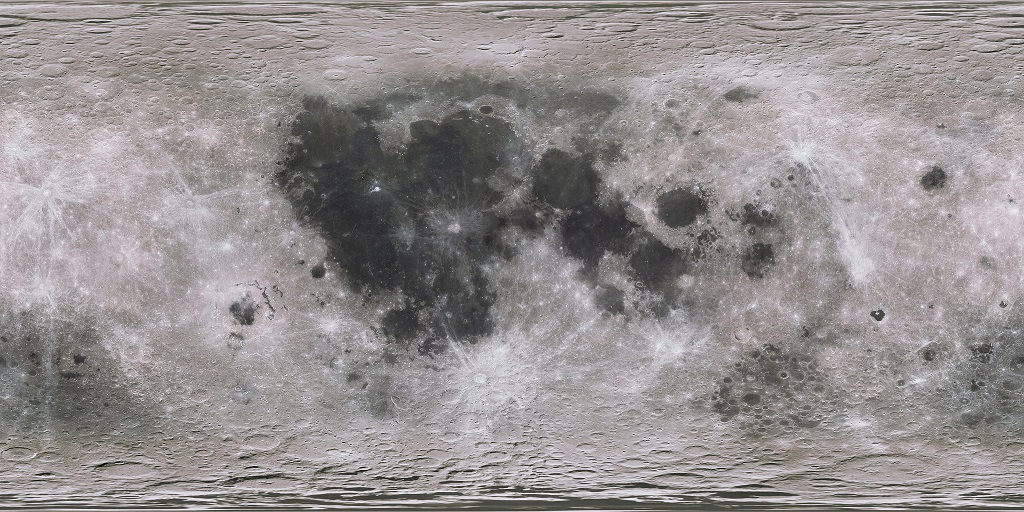 After this I generated 6 randomized subtle star patterns in order to create a a starry skybox for my scene. I also used the NVIDIA Normal Map Filter in order to generate a normal map for the Moon map. 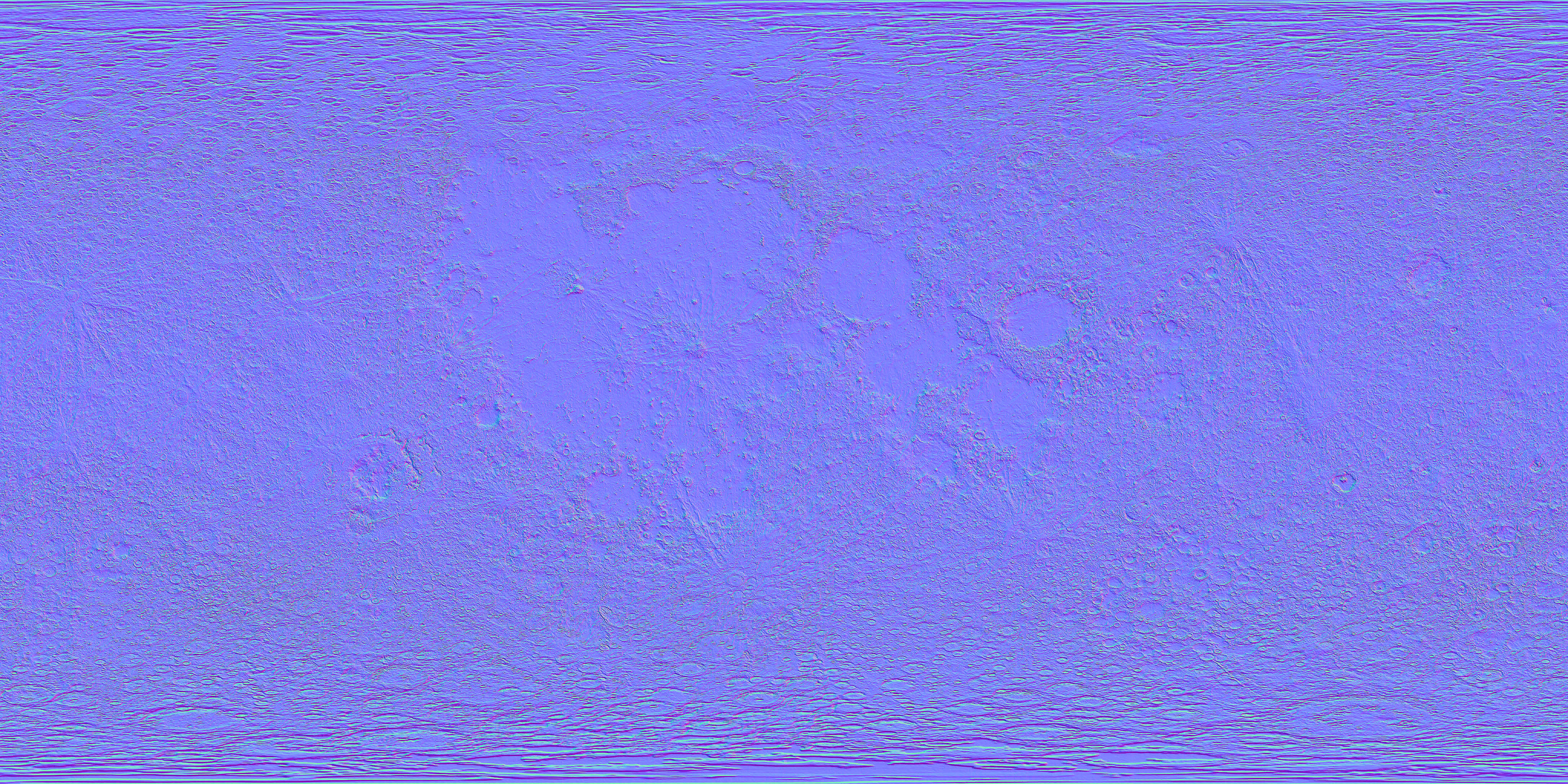 Here is the vertex shader which creates a Tangent-Binormal-Normal matrix for each vertex, passing it to the fragment shader.

The frament shader is passed the TBN matrix for each vertex and uses it to transform the vectors from the normal map to tangent space.